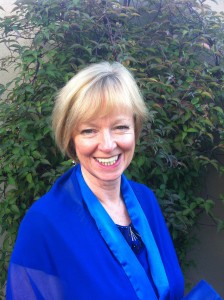 Joanie has a degree in Counselling and Psychotherapy from Middlesex University.

She is also certified in Couple and Marriage Counselling using evidence based models of therapy from the work of Dr John Gottman and Dr Sue Johnson. She holds numerous certificates in post graduate training including Relational Intimacy with Hedi and Yumi Schleifer; Sexual Abuse (The Rape Crisis Centre); Understanding Grief and Loss; Depression; Suicide, and others.

Initially trained in the person-centred and psychodynamic models, she has also trained in Solution Focused Brief Therapy, specializing in Cognitive Behaviour Therapy (CBT) and Reality Therapy.

Joanie has more than ten years of experience as a counsellor/psychotherapist,
including five years with Pieta House (The Centre for Suicide Intervention
and Self-Harm). She has also worked in Oasis Counselling, Ballyfermot.